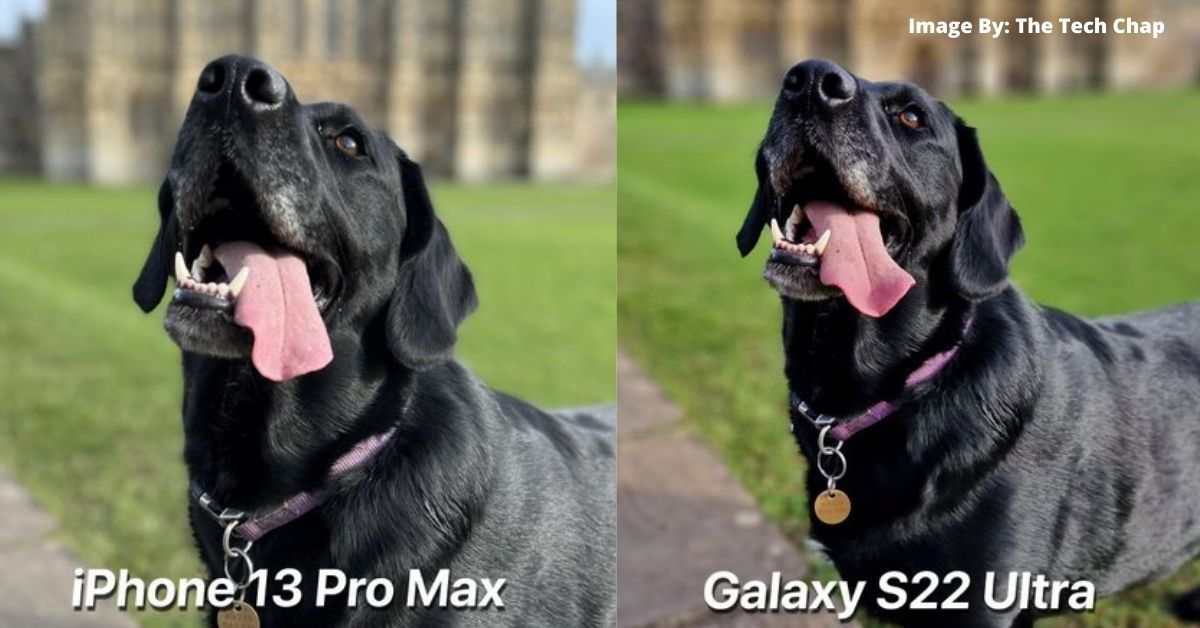 Samsung’s latest flagship smartphone Samsung S22 Ultra camera setup is quite advanced. Samsung has used the latest camera sensors and technology in S22 Ultra. But will the S22 Ultra be able to beat the camera of the iPhone 13 Pro Max?

A YouTuber named The Tech Chap compared the camera samples of Samsung S22 Ultra and iPhone 13 Pro Max. YouTube took a photo of a black dog from both smartphones and uploaded it to Twitter and asked the user which is the better photo.

Many users gave their views in the photos uploaded by The Tech Chap. A user named Jake pointed out that the S22 Ultra is sharper and the colors are more pleasing.

It shouldn’t even be debated because according to jake it is clearly the s22 ultra. The iPhone is now far behind and its loyal fans must admit it.

People Gave Their Opinion About The Camera Comparison

A user named VK pointed out that a black dog looks like a green dog on the iPhone 13 Pro Max, but the dog color on the S22 ultra is perfectly fine.

Another Twitter user said that iPhone photos are better to edit because iPhone 13 Pro gives realistic images and you can edit them however you want, but Galaxy S22 Ultra gives you modified images that’s why S22’s photos do not require any modification.

Some Users Praised Both The Smartphones

A user named Eric Okafor told that the cameras of both smartphones are the best. According to Eric, the iPhone is looking true to life and Samsung retains more details. Although the over-saturation on the S22 photo might just be doing the trick on me.

A user named JOS said that it is 2022. Both the flagship phones are reaching the highest quality of photography. Picture? night? macro? UW? Even people will ignore the minute details of the pictures taken by those phones.