Youtuber Explains Some Of The Problems With iPhone And Android Smartphones 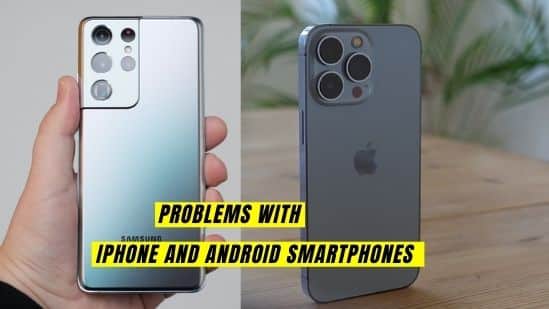 Popular Tech Youtuber Techburner has briefly explained some of the problems faced by iPhone and Android smartphones. All these problems can be very troublesome for smartphone users.

Techbrunner has mentioned some of the problems in Apple iPhone and other Android smartphones that the user may face in daily life using these phones.

youtube explained that the iPhone also gets a big notch in 2022 does not have a USB type c option and also does not connect to Bluetooth, does not connect with google tv, Chromecast, that much premium Despite being a smartphone, there is no gaming mode in the phone, there is no gaming trigger, the charging adapter will be very expensive, as well as the user does not get many options in Apple’s smartphone, Apple launches only 4 iPhones in a year That too with 4 to 5 colors.

Along with this, YouTube says that Apple’s iPhones rarely see major changes, Apple removed the charger from the phone, removed the headphone jack. Apart from this, there are many smartwatches, smart devices that cannot be connected with Apple’s iPhone.

According to YouTuber, the biggest problem with the iPhone is that it is very difficult to transfer data by connecting the iPhone to any Windows laptop or computer.

What Youtuber Said About Android Smartphones

Apart from this, YouTube told that there is definitely a problem with Android and iPhone, but it is also fun to use them.