What Is Chrome Os? Importance Of Chrome Os 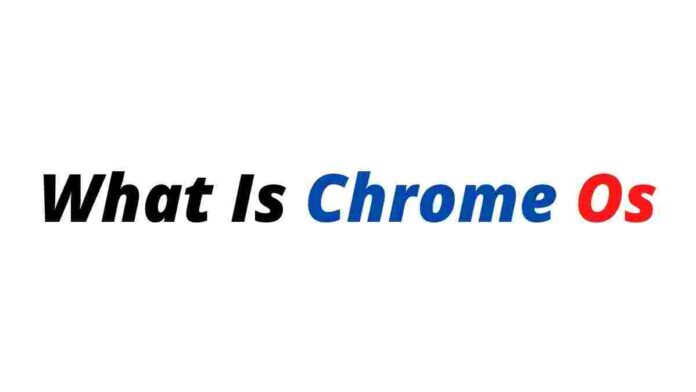 Google Chrome OS is being used by a lot of users nowadays and most of the users also like Chrome OS. But is Google Chrome OS really right for a computer user? There are very good operating systems for computers like Windows, Linux, macOS, etc. So can Google Chrome OS fulfill all the needs of a user?

Because nowadays most of the users use the computer to do heavy work such as video editing, photo editing, games, etc. To perform all these heavy tasks, apart from the parts of a pc, the software is also very important. This operating system is free, that’s why the company can bring laptops with this OS with better specifications at a lower price.

What Is Chrome Os?

Chrome os is a very optimized operating system, that’s why all the apps and services of Google run very well in this os. This OS is very similar to Android. Android users will love to use this operating system. Simply Chrome OS is a good operating system for low-end devices and older computers.

Chrome OS is very important for any computer user if the user only wants to do light work. Chrome os is a good option for users who use the computer only for browsing and watching movies. Google Chrome OS can also be used for official work because Google’s Sheets, Slides, Docs, Drive, etc. services are highly optimized for Chrome OS.

Chrome os is a good option for students and seniors. Because this os is not very complicated. This OS is not used for heavy tasks like gaming, video editing, etc. Because this operating system is not much optimized for gaming.

How To Use Chrome Os

To use Chrome OS, you need to keep some things in mind first. After installing Chrome OS, data can be deleted from your system. Transfer all data of computer to external ssd or hard drive so that all your data is safe. If chrome os is already installed on your laptop, then you do not have to worry about data loss. Very good performance is available in laptops that have Chrome OS already installed.

Faq About What Is Chrome Os? Importance Of Chrome Os

Yes. Chrome OS is a free operating system from Google. Despite being free like Android and Google’s other services, Chrome OS offers a lot of good features. must use it.

What Is The Difference Between Google Chrome And Chrome Os?

Google Chrome is a web browser and Chrome Os is an operating system for computers. Also, Chrome OS is an upgraded version of Android itself.

Chrome OS is a very good operating system for older computers and computers and PCs of low specification. Because it is light weight, that’s why its speed is very good in these computers too.

What Is Chrome Os? Importance Of Chrome Os: Conclusion