Are you having trouble signing in to the Xbox app? We have a solution for you. Because in this post, we have told in detail how you will solve all the problems happening in signing in to Xbox.

It is very common to see Sign–In Problems in Xbox Accounts because all Xbox users have this problem at some point when they buy a new Xbox. This problem is not a serious problem, it is a technical error and you can fix it in a few minutes by following some simple steps.

If you are a Windows user and are using Windows 8, 10, or 11, then you should follow the steps given below so that you can sign in to your Xbox account.

Follow these 5 steps, after this, you will definitely be able to sign in to the Xbox app on your Windows.

To help you fix sign-in issues, we have attached a video tutorial.

How To Fix Can’t Sign Into Xbox App On iPhone

On iPhone, if you are having trouble signing in to Xbox, then you should uninstall the Xbox app and install it back. After that restart the iPhone. If you have not updated ios then update to the latest version of ios. After that connect the phone to a good internet connection. Do an internet speed test by speed test before signing in.

How To Fix Can’t Sign Into Xbox App On Android

For all Android users who use Xbox app on Android smartphones, you should first hold the Xbox app for a while and go to the option of App info and delete both the app cache and app data. After that uninstall the Xbox app. Restart your Android Smartphone, Now Install Xbox App from Google Play Store and Sign In.

The Best way to connect Xbox app to Xbox

Xbox, we do not know how to set up the Xbox app properly, which is why we keep seeing some problems repeatedly. To fix all these problems, we should learn how to set up Xbox.

If you also do not want to set up Xbox and the app well, then click on this link.

The reason for not being able to sign in to Xbox could be a network issue or a technical error. This is a normal problem, if you are not able to log in to Xbox then you should not be afraid. You can sign in to Xbox by following some simple steps.

Why Is My Xbox App Not Connecting To My Xbox?

How Do I Fix My Xbox App Not Connecting?

To fix the sign-in problem in Xbox, the correct method is given above according to your device. Read all the methods carefully and implement them, hope you will definitely be able to sign in to your Xbox. But keep in mind that having a good internet connection is very important even for signing in.

Why Does My Xbox App Keep Asking Me For My Password?

You cannot directly bypass your Xbox password in any way. But you can replace the Xbox account password with the Xbox console. You will also be able to log in to your account with the help of the Xbox console, which will be very easy and fast for you.

Through this post, we have tried to give you solutions to all the problems that occur while logging in to Xbox. If you have been successful in signing in to Xbox, then share this post with your friends who have Xbox. 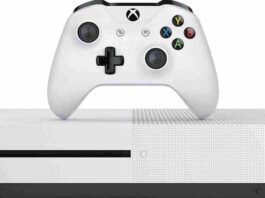 Is It Safe To Use Wifi On Xbox?

How To Find And Fix Problems With Wireless Mouse 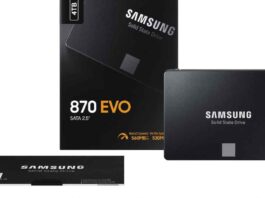 How Much SSD Storage Do I Need?